What is the False Claims Act in Healthcare? 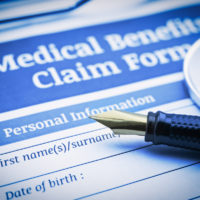 Doctors, hospitals and health care providers can find themselves facing lawsuits under the False Claims Act due to billing or coding errors that result in overbilling to or overpayment from Medicare. Often the person behind the lawsuit is an employee of the clinic or facility in the billing department who discovers the error or may have even been partly responsible for it. A False Claims Act violation can result in thousands of dollars in administrative penalties as well as extensive civil money damages. Learn more about the False Claims Act and how best to avoid a costly violation within the healthcare industry. If you find yourself facing a lawsuit for healthcare fraud or abuse, contact Los Angeles health care law attorney Art Kalantar for a no-cost, confidential consultation.

Extensive liability for making false or fraudulent claims to Medicare

The False Claims Act (FCA) can be found in Title 31 of the United States Code, sections 3729-3733. Also known as the Lincoln Law, the FCA stretches back in American history to 1863, when the law was enacted to fight American Civil War contractors who were fraudulently overbilling the Union government. The roots of the law actually go back hundreds of years in English common law and were present in America since the inception of our nation in the form of qui tam actions. Qui tam actions are lawsuits brought by private persons on behalf of the king (or sovereign, i.e. government) as well as the private person. Qui tam actions are authorized under the FCA, and the term qui tam is sometimes used interchangeably to mean a lawsuit under the FCA.

Many types of activities are outlawed under the FCA. For health care providers, the most relevant violations would be:

Note that the law requires an intent element that the act be done “knowingly.” This does not mean the government has to prove specific intent to defraud, but only that the person acted with actual knowledge, deliberate ignorance or reckless disregard about whether the claim was false or not.

Civil penalties range from $5,000 to $10,000 per violation (the actual amount is continually adjusted for inflation). In addition, a successful plaintiff can recover triple the amount of any actual damages caused, plus attorney’s fees and costs of the action. The court can limit these “treble damages” to only twice the actual damages if it finds the violator fully cooperated with the government investigation and gave information to the government within 30 days of learning about the violation. This defense is only available if the defendant took action before charges were filed or the defendant knew there was an investigation.

FCA lawsuits can be brought by the Attorney General or a private person, who is known in FCA lingo as the relator. The relator can get as much as 30% of any proceeds or settlement obtained, along with reimbursement of attorney fees, costs and expenses, so employees or others with knowledge of a violation have a big incentive to go after doctors and hospitals for costly FCA violations.

If you are being investigated or charged with a False Claims Act violation or have uncovered information leading you to believe you may be in violation of healthcare law, contact the Law Offices of Art Kalantar in Los Angeles at 310-773-0001. Our dedicated California health care law attorney will work to get you in compliance or resolve matters in your favor at the earliest possible stage.