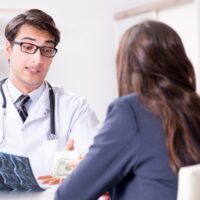 The False Claims Act (FCA) prohibits parties from defrauding the government. Medicare and Medicaid fraud fall under the ambit of the FCA, as do other forms of overbilling and fraud that impact government agencies or entities. The penalties for a scheme of violating the FCA can be severe. Read on to learn about civil penalties under the FCA. If you are under investigation for FCA violations or you face other civil or criminal liability, call a seasoned healthcare fraud and abuse defense lawyer for advice and representation.

Liability Under the FCA

The FCA establishes liability for any person who knowingly submits a false claim to the government, who causes another person to submit a false claim, or who knowingly makes a false record or statement to get a false claim paid by the government. FCA claims may also be premised on a deliberate attempt to avoid paying the government monies due. Violations of other laws such as the Stark Law or the Anti-Kickback Statute can serve as predicate conduct giving rise to an FCA claim. The FCA also establishes liability for conspiracy to commit other violative acts.

The FCA lays out specific penalties for proven violations. Originally, the penalty range was $5,000 to $10,000 per FCA violation, but the penalty amounts adjust with inflation; they’ve thus risen significantly over the years. As of December 2021, the government can seek anywhere from $11,803 to $23,607 per violation of the FCA. Specific agencies can seek even higher penalties for claims under their purview.

On top of the statutory penalties per violation, the government will seek up to three times the amount of damage caused to the government by the FCA conduct or scheme (treble damages). If the scheme involved many individual violations (such as several false claims or bills), and if the scheme cost the government a significant amount of money over the years, then the potential damages can be astronomical. A single bill with five different false charges, for example, can be punished as five separate FCA violations at $23,607 per violation. Additionally, a defendant successfully prosecuted for civil violations of the FCA can be charged with the government’s legal costs in pursuing the civil case.

FCA violations can also result in penalties to the defendant’s license, exclusion from Medicaid and other health care benefit programs, and other professional sanctions. Other acts that can give rise to the FCA, such as violating the Anti-Kickback Statute, can yield even higher penalties.

For help defending against FCA and other healthcare fraud investigations, if you are facing allegations concerning kickbacks or regulatory compliance, or for assistance with auditing, employment disputes, mergers and acquisitions, business disputes, licensing, or any other California healthcare law matter, contact the Law Offices of Art Kalantar in Los Angeles or California statewide at 310-773-0001.