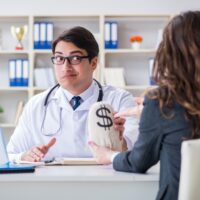 While Medicaid is funded at the federal level, it is a state-administered program. Forty-nine states including the District of Columbia have Medicaid Fraud Control Units. These MFCUs are state law enforcement agencies and are typically a part of the state’s attorney general’s office. MFCUs are separate entities from state Medicaid programs. Still, these two entities will work together when investigating claims in order to combat Medicaid fraud.

What are Penalties and Crimes of Medicaid Fraud?

Each state has its own statutes regarding Medicaid fraud. Some states enact a variety of statutes that apply to health care providers while other states have laws that apply to specific types of medical facilities or providers.

Medicaid fraud cases can yield both criminal and civil penalties. On the criminal side, there must be proof beyond a reasonable doubt of the intent to commit fraud. On the civil side, however, less proof is required when it comes to intent. Instead, there needs to be demonstrated through the weight of the evidence that a provider was reckless when submitting false claims to Medicaid.

Cases investigated by MFCUs can result in both criminal prosecutions as well as civil lawsuits. The main primary fraud laws that apply to Medicaid providers include the False Claims Act, the Anti-Kickback Statute, and Stark Law.

Criminal penalties can include the following:

Under the Stark law, healthcare providers are prohibited from making referrals to health services that are then reimbursed by Medicaid. Entities that received those prohibited referrals can also be in violation of the Stark Law. The civil penalties can include the following:

Medicaid fraud can be a difficult and complicated situation to navigate through. Having an experienced attorney on your side who is well versed in healthcare law can be an invaluable asset to have on your side. Kalantar Law can help you navigate the complexities of Medicaid law. Reach out today for a free consultation to discuss your options.