The California Insurance Frauds Prevention Act – How Does it Affect Providers? 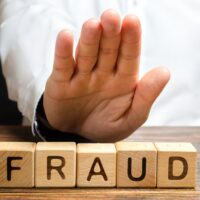 What is the Insurance Frauds Prevention Act?

The stated purpose of the IFPA is to “confront aggressively the problem of insurance fraud in [California] by facilitating the detection of insurance fraud. . . [and] requiring the restitution of fraudulently obtained insurance benefits.” The IFPA authorizes the California Department of Insurance (CDI) to bring claims alleging fraud perpetrated against private insurance providers, as opposed to governmental entities. The IFPA also allows “interested parties” (e.g., whistleblowers) to file false claims lawsuits based on the submission of false claims to private insurers. The IFPA thus allows a civil suit for fraud to be brought against a healthcare provider for alleged fraud without even including the aggrieved insurance company as a party.

The Scope of the IFPA

The scope of the IFPA is not clearly delineated by the law, but the CDI has taken a broad approach in enforcement actions. The IFPA undoubtedly covers false claims submitted to traditional private insurance providers, but it might also cover false claims submitted to health care service plans (HCSP). The statute acts as a civil companion to California’s insurance fraud criminal laws, which do cover HCSPs. However, there is room to challenge this interpretation. The language in the IFPA technically covers only insurance companies, and while HCSPs operate in the realm of insurance, they are generally regulated by a different set of rules.

For healthcare providers, the important thing to know is that any misleading statements made to an insurance provider could give rise to civil liability under the IFPA. It is unusual to have a statute confer civil liability that may be prosecuted by the government for allegations of fraud against a private actor. The IFPA might also be broader in the conduct it reaches, as it appears to cover a claim that is in “some manner deceitful” or the result of “conduct that is done with an intention to gain an unfair or dishonest advantage.” This language is broader than actual “false” claims under the CFCA, and it appears to give rise to liability even where a claim was never paid, so long as the misleading statement occurred.

If you are concerned about liability under the IFPA or any other false claims statute, discuss the matter with a knowledgeable California healthcare attorney. It is vital to act quickly to shield yourself against potential liability and prepare a proper defense.

Protect your practice from liability

For assistance with matters pertaining to your practice, claims of fraud, licensing or any other legal issue, contact the Law Offices of Art Kalantar for a free initial consultation in Los Angeles or statewide at 310-773-0001.